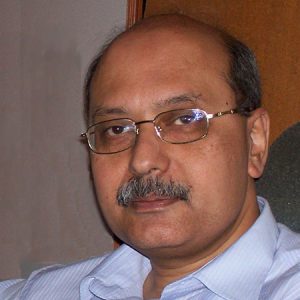 Prof. Rahul Pandit is a well known condensed matter physicist, a Professor of physics and a divisional chair at the Indian Institute of science, Bangalore. He is also a honorary professor at JNCASR (Jawaharlal Nehru Center of Advanced Scientific Research).

He has also held visiting professor position at various institutions such as Ohio state University, University of Missouri and Abdus Salam International Center for theoretical physics.

Prof. Pandit research work spans  a variety of  topics from  fluid dynamics, phase transitions,  spatiotemporal chaos and turbulence. His contributions  include theoretical elucidation of multilayer-adsorption and wetting phenomena on attractive substrates and the scaling properties of quasiperiodic Schroedinger operators. He is known to have developed a a theory of hysteresis loops in model spin systems and a cardiac arrhythmias model and his studies have assisted in a wider understanding of low-amplitude defibrillation schemes and cardiac arrhythmias. Glass formation in soft condensed matter systems, interacting bosons, colossal magnetoresistance manganites and complex fluids have been some of his other interests. He has mentored more than 15 research scholars in their doctoral studies.

He is the fellow of Indian Academy of sciences, Indian national  science academy, the world academy of sciences. He is the recipient of many awards such as  INSA young Scientist medal (1988), Shanti Swaroop Bhatnagar award (2001), IIT Delhi Distinguished Alumni (2010)